Since December of 2017, the Uncaptive Voices editor has been hearing about many of the prisoners at Ramsey Unit, especially those who are Muslim and involved in the higher education programs at the unit, being targeted with disciplinary cases by the staff, including the warden, at Ramsey 1 unit in Rosharon, Texas. According to prisoners there and activists who spoke with him, Warden McMullen has made no secret of his racial and religious biases, and his dislike of the race mixing that was occurring there due to the educational programs. He has suggested to some people that some of these Muslim men in the Bachelor’s and Master’s programs, with no recent history of disciplinary problems, are involved in trafficking of drugs and cell phones. During this period of six months or so, all kinds of false and frivolous cases began being given to many of the men there, causing some of them to lose job and educational opportunities. One man lost craft privileges for having approved, legally bought paint syringes in the craft shop, despite having his receipts. He was later allegedly given another case for having religious books on his bunk.

Roughly a month ago, some of the prisoners uncovered an email directing officers to hand out cases in order to meet a quota, allegedly under the direction of a Lt. Gilbert, although one may question whether he was given this order from the warden. Senator John Whitmire was made aware of this issue and the effects on prisoners there and took action, speaking out and going to the media on this issue. The article below reports on this issue, without acknowledging the effects on educational opportunities, or the alleged religious and racial discrimination that was occurring with the cases. We intend to follow up on this issue and see that these bogus and discriminatory cases do not succeed in taking away opportunities for many of the people of color/ Muslims at the unit. If your loved one was targeted, we suggest you follow up with the Ombudsman and/or Regional Director about these cases. If they fail to act, contact your local Representatives and State Senators like John Whitmire.

Article shared from Workers.org, with permission.

By Nanon Williams and Donshá Crump

The authors are incarcerated on the Ramsey Prison farm in Texas, formerly the home of five slave plantations.

For the last several years we have protested the Confederate flag and demanded that statues be taken down, or we have just taken them down ourselves. Those symbols of power represent racism, oppression and the degrading of a people. They represent profit from slavery, the death of Black men, women and children dying in cotton fields, being lynched and people of color being treated more like animals than human beings.

When some see these symbols, they feel pride and heroism. We see victims, pain and suffering. We are reminded that justice, fairness and equality are a false promise.

Confederate soldiers wore dark blue, called Confederate Blue, and gray uniforms. In the Texas prison system, the guards’ uniforms are these exact colors. Yet Blacks, Latinos, Africans, along with poor whites and others unconsciously wear this symbol of racism to earn their minimum-wage paychecks. They wear it to incarcerate poor people from their own neighborhoods.

These guards wear hats that say, “We Protect Our Own.” Who is “we”? Is it Native Americans who were slaughtered and had their land stolen? Is it women and girls of color raped by their master? Does history really include us? Does this “we” include me? We wonder if Texas prison guards are even aware that their entire bodies are wrapped in a uniform of confederacy that makes them moving signs of power but also ignorance!

Prisons are indeed modern forms of slavery, and Texas has one of the largest prison populations in the world and has executed (or legally lynched) more prisoners than the next eight U.S. states combined.

We need to take down and smash all forms of racism, from statues to flags to prison slave plantations. Solidarity with the Durham anti-racist heroes! 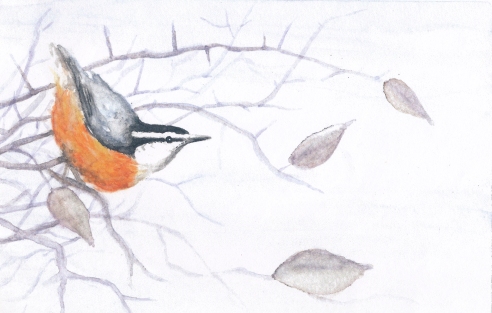 Angel for a friend, by T-baby 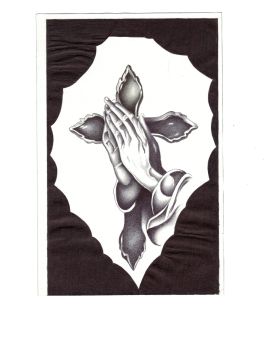